Baldwin Filters, a brand of Parker Engine Mobile Aftermarket Division (EMAM), is a global provider of filtration products and services whose mission is to protect customers’ engines and mobile equipment, from first to last use, through innovative filtration solutions and outstanding customer service. 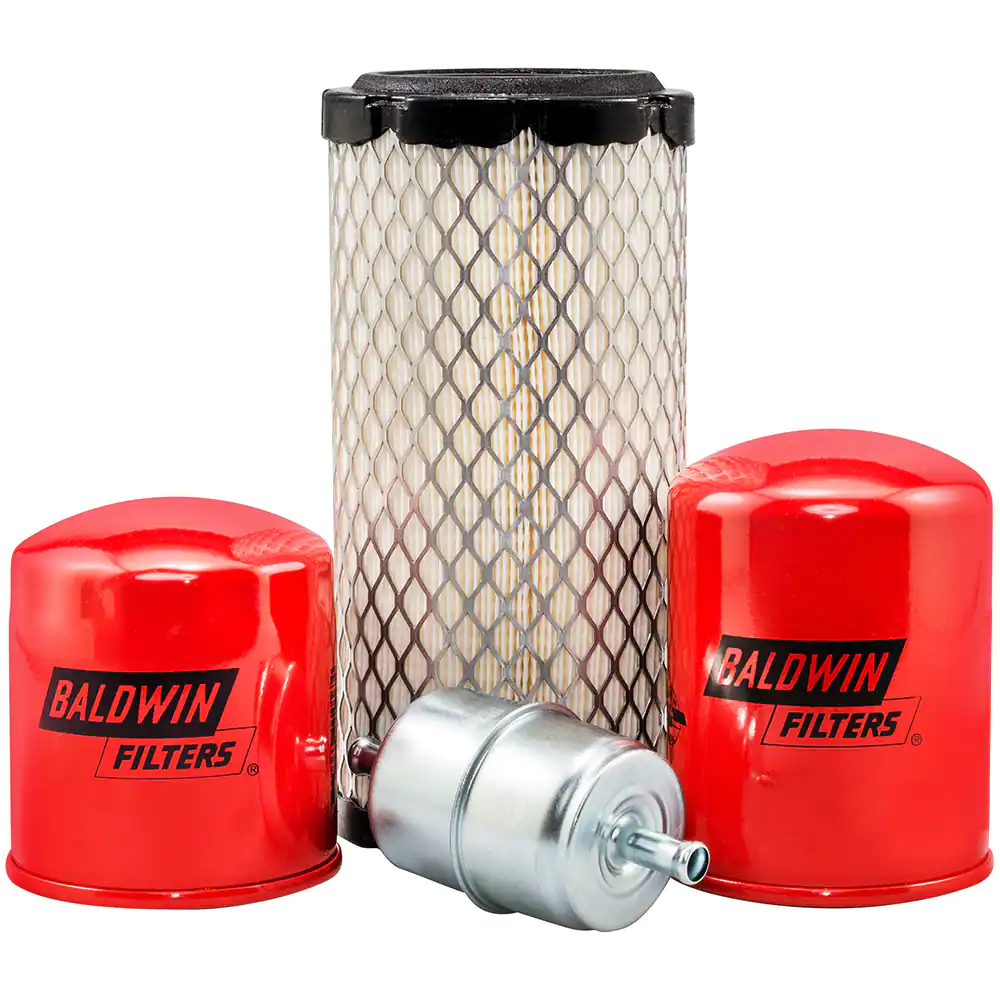 In 1936 J.A. Baldwin was one of the first to recognize the importance of improving mobile filtration. He designed a better lube filter and began production in Wisconsin. The company moved to the nation’s heartland in 1953 to take advantage of the central location, eventually building on 42 acres of the former Kearney, Nebraska World War II Air Base. From 1963 to 1981, the Baldwin Filters plant expanded many times to accommodate the company’s rapid growth.

In 1995, Baldwin Filters purchased Hastings Premium Filters, which included the addition of a third U.S. manufacturing site and facilitated the company’s expansion into the lucrative automotive filtration market. By 2016, the company was known worldwide as not only a vertically integrated manufacturer with unsurpassed product quality, but also a world-class distribution company encompassing nearly 1 million square feet in the Kearney, NE plant alone.

On February 28, 2017, Clarcor became part of the Parker Hannifin Corporation Filtration Group, which includes other strong filtration brands such as Parker Racor. For 100 years Parker has engineered the success of its customers in a wide range of diversified industrial and aerospace markets. This highly complementary combination establishes Parker among the top filtration companies in the world and the supplier of the most comprehensive offering of filtration solutions and services.

Baldwin Filters is not just a filter assembler like many large companies. A vertically integrated manufacturing process allows Baldwin to provide maximum control and consistency by not only producing filters, but also by manufacturing filter components.

The practice of building a filter from the base up allows quality and cost control, giving Baldwin Filters an advantage over the competition. To back up its commitment to quality, Baldwin Filters has achieved and maintains quality certifications in its facilities.

Clean air is essential to the performance and life of your engine. Proper air filtration is important because a small amount of dirt can cause a tremendous amount of engine damage.

Baldwin offers a wide range of air filters to provide the protection your engine needs. With over 2,200 air filters in our line, Baldwin filters supply the necessary protection for all types of engines.

Dirty fuel is a fact of life

Even with the development of cleaner-burning fuels, contaminants are still a major concern when it comes to fuel systems.

With the need for closer tolerances, faster cycle times, higher pressures and extended service intervals, more demand is being placed on the hydraulic filter.

In addition to a full line of spin-on and cartridge hydraulic filters, Baldwin Filters also offers a line of hydraulic bases and indicators.

Cabin air filters are becoming more common in automotive and heavy-duty on- and off-highway applications.

These filters reduce the amount of airborne pollutants and particles entering the interior of a vehicle by capturing dust, pollen and other airborne contaminants.

A Baldwin cabin air filter will protect passengers from airborne pollen, bacteria, dust and smog, reduce dust and dirt accumulation in the vehicle’s interior and increase air conditioning and heat output and performance.

Baldwin cabin air filters are built to OE specifications to give you and your equipment the best protection available.